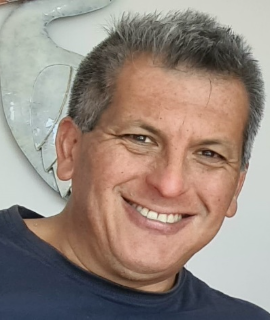 The lettuce anthracnose (Microdochium panattonianum) is a key winter disease in Victoria, Australia and other temperate regions in the world, methods to contribute to the reduction of the severity of this disease are not practical nor economically feasible while chemical control can be achieved but is not flawless and can cause high health risks. Propagules of Microdochium panattonianum persist in soil sheltered in lettuce debris and germinate when cold and wet conditions arise in the subsequent winter. Unfortunately, this pathogen has not received scientific attention but as winters are becoming wetter this disease is getting more devastating effects.

Trichoderma fungi are microorganisms living in soil in different conditions, they are reported controlling crop diseases with a multiplicity of strategies including parasitism, competition, antibiosis and at the same time stimulating plant defenses and growth mechanisms.

However, all these fascinating natural processes are not performed in the same degree by all the species and strains of Trichoderma. Some isolates are more specialised in antibiosis and others in enzyme production, most of them are adapted and develop more aggressively in warm and wet conditions.

This research project had two main objectives, to reduce the incidence and severity of the lettuce anthracnose by applying selected cold tolerant strains to the soil and spray of Trichoderma liquid filtrates containing metabolites to the lettuce leaves.

From a pool of 27 Trichoderma isolates 8 were identified growing at 10° C, these candidates isolates were morphologically characterised in vitro under different culturing conditions of temperature, pH and media and molecularly identified.

A common component in these two tests was presence of 6-n-pentyl-alpha-pyrone (6PP) a volatile metabolite reminiscing ‘coconut smell’. Liquid co-culture of Trichoderma strains in PDB evidenced an increase in number and concentration of TSM in the filtrates.

Foliar spray of TSM can be potentially used to control many foliar diseases in crops and is a new field of research.

Dr. Palacios studied Agriculture science at the National Agrarian University La Molina in Lima, Peru, graduated as Bachelor in 1993 and Master of science majors in soil science in 2001. In 2020 he was granted his Ph.D. degree by the University of Melbourne, Australia. He has worked in agriculture and horticulture in Peru and Australia for 28 years.