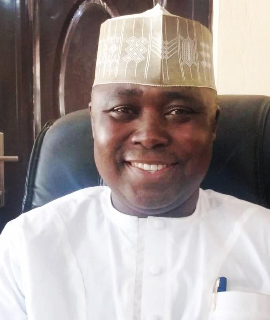 Groundnut (Arachis hypogaea L.) is one of the world’s most important legumes, both in subsistence and commercial agriculture in arid and semi-arid regions of the world, whose productivity is hampered by abiotic stresses particularly drought. At molecular level the responses to drought stress results in the differential expression of several metabolic pathways. For this reason exploring the subtle difference in gene expression of drought sensitive and drought tolerant genotypes enables the identification of drought related genes that could be used for selection of drought tolerant trait. RNA-Seq technology was used to compare the drought response of two groundnut genotypes characterized by physiological efficiencies. The study was conducted under greenhouse conditions during the dry season in October 2019 to April 2020 at the Texas A&M Agrilife research center Weslaco, U.S.A (longitude 26" 9' N, latitude 97" 57' W). The physiological measurements stomata conductance (Gs), leaf greenness index (SPAD) and variable-to-maximum chlorophyll a fluorescence ratio (Fv/Fm), relative water content (RWC) were evaluated and confirmed the drought sensitivity of GRIF 6137 and the drought tolerance of Tennesse red genotypes. A transcriptome analysis between the two groups detected 6496 DEGs including 3399 upregulated and 3097 downregulated in Tennesse red and 3616 DEGs in GRIF6137, with 2324 upregulated and 1292 downregulated genes. Of these DEGs 121 transcription factors (TFs) mainly consisting of MYB, AP2/ERF, WRKY, bHLH, and HSF were identified in response to drought stress. Further, Gene Ontology (GO) analysis revealed several sub-categories related to the stress, including response to stress, defense response and response to stimulus in the tolerant genotype Tennesse red as compared to the sensitive genotype GRIF6137 under drought stress. RNA seq proved to be a very useful tool to explore differences between sensitive and tolerant groundnut genotypes. The connection between differential gene expression and physiological response to drought unequivocally revealed the drought tolerance of Tennesse red genotype and the strategy adopted to cope with drought stress.

Dr. Alhassan Usman is an Associate Professor of Plant Breeding and Genetics currently with the Faculty of Agriculture, Federal University of Lafia, Nigeria and obtained his Ph.D. degree from West Africa Center for Crop Improvement (WACCI) University of Ghana, in 2013. He joined the services of Institute for Agricultural Research, Samaru Ahmadu Bello University Zaria University, in 2006 as Research Fellow II and rose to the rank of Principal Researcher Fellow in 2019. Dr. Usman is a groundnut breeder and was involved in the development of nine commercial groundnut varieties in Nigeria. He has 45 publications credited to him.