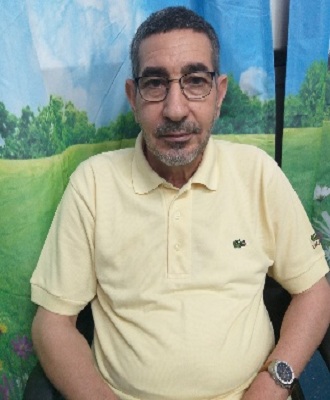 Ethnophyto-technology is harnessing the power of ethnobotany with biotechnology. Ethnobotany has aided the discovery of important medicines. The main objective of the present study is to evaluate the ethnobotanical role, allelopathy and the anticancer potentiality of Tribulus terrestris L. growing in Egypt. The species contains active substances such as steroids, saponins, antioxidants, flavonoids, alkaloids, phenolics, proteins and amino acids. The present study demonstrated that T. terrestris shoot aqueous extract displays effect on different germination factors of both Hordeum vulgare and Lepidium sativum and in case of mixing them together such as germination percentage, radicle length, plumule length, fresh and dry weight, chlorophyll content and phytochemical composition after treating with different concentrations of extract. The water extracts inhibited seed germination, plumule length, radicle growth, and fresh and dry matter production of the recipient species.

Professor. Dr. Salama studied at Botany and Microbiology Department at Faculty of science, Alexandria university and graduated as MSc. in 1985 and as PhD degree in 1988 in Plant Ecology. I have got the degree of associated professor in 1994 and full professor in 1999 till now. I published more than 120 research articles in highly specialized journals and supervised the same number of MSc and PhD thesis