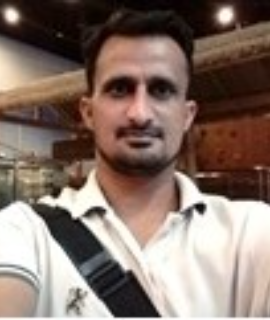 Herein, a protocol of PacBio SMRT library construction was developed. Six and eight barcodes were added to each forward and reverse primer respectively, thus genotyping 48 accessions simultaneously with a primer pair. These barcodes were found efficient to identify all 48 accessions in a library. The DNA and primers were distributed in 96 well plate such that two libraries were prepared together for one gene. After PCR concentration of each amplicon was determined using capillary electrophoresis and agarose gel electrophoresis. A standard of measuring concentration of each amplicon and mixing all 48 amplicons in a library according to relative concentrations was optimized. The concentrations of all COBRA Like genes within a library were also measured and mixed accordingly into a one Eppendorf tube. Three replicates of each library were sent to company for PacBio-SMART sequencing. Total 25 genes were included in the library. The Python script was developed to segregate sequences and identify haplotypes from the pool of SMRT sequences. This protocol can be used for haplotyping complex gene families in other polyploid crops with large and complex genome.

Dr. Muhmmad Sajjad is working as 'Assistant professor' in the Department of Bioscience, COMSATS University Islamabad, Pakistan. His research interests converge on to bridging the gap between genome and phenome in cereals using latest genetics, genomics and genome editing tools.
He got his PhD from University of Agriculture Faisalabad with international fellowship at ARS-USDA, California. He did his postdoctoral fellowship from the Institute of Genetics and Developmental Biology (IGDB), CAS. He has discovered some new yield related genes in bread wheat and devolped their easy to use markers for marker assisted selection (MAS) in wheat. He has developed a novel protocol for discovering/haplotyping multiple genes in a large collection of accessions in hexaploid wheat that was filed for Patent in Beijing. He has published >60 research articles in SCI journals.  He is a memeber of breeders teams which are developing new wheat and rice varieties. In 2019, his rice breeding group submitted an early maturing, high yielding and better quality candidate rice variety "IAGS-PU-1" to the 'Variety Evaluation Committee (VEC)' for approval of its commercial cultivation. Currently, he is running two projects on wheat genetics and genomics, one as PI and one as CoPI. He has produced one PhD on rice breeding and genetics.  Currently, he is supervising  4 MS students and 2 PhD students. Thus far, he has taught 17 different undergraduate and graduate courses with average teaching score of > 90%.