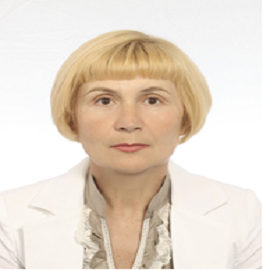 Maclura Orange was introduced into the Russian southern regions in the middle of the nineteenth century. At first it grew on the southern coast of the Crimea near Yalta, and in the middle of the twentieth century the maclura was transferred to the steppe zone. The plants have already successfully taken root, adapted and acclimatized. Mass plantings of the maclura were carried out in the 60s of the twentieth century along the roads as the creation of hedges and windbreaks. Recently, they are used in traditional medicine, so the study of the biological properties of the maclura is important.

The object of the research was the plantations of Maclura pomifera (Rafin.) Schneider, fruits and seeds. Maclura trees were located near the urban-type settlement Gvardeiskoe, as well as the root shoots of 1985-86 – near the village of Novy Sad, not far from Simferopol. The study was conducted in the central flat agro-climatic region, which belongs to the southern steppe natural zone. Soils – southern black soil. The climate here is temperate with warm dry and long summers, and mild, short winters.

So, maclura plants are unpretentious to agrotechnical care, relatively drought-resistant, durable, and growing, trees create impassable thorny thickets. Maclura vegetation begins in March and ends in late November with the onset of frost. In late April, it blooms, and in mid-September, the fruits already reach removable sizes: 12-15 cm. Maclura fruits are not edible for humans. Currently, they are not used on an industrial scale, but only in folk medicine. Fruits begin to collect from mid-September. Maclura yield was 25-100 kg per tree. Fruit weight was 250-400 g. In the fruit there was 4-6% by weight of seeds. As a result of this study, for the first time in the Crimea and in Russia, oil from maclura seeds was obtained. Maclura seeds contained 33-36% of oil, which had a very rich chemical composition: valuable fatty acid content, styrenes, polyphenols and the whole gamma of vitamin “E” (α-, β-, δ-, γ-tocopherols, as well as α-, β -, δ- and γ-tocotrienols).

The study of Maclura p. in the southern European part of Russia is very important both in a scientific and practical sense, since the components of the processing of maclura fruits and plants have enormous prospects for use in medicine, cosmetology and the food industry to create especially valuable dietary products.