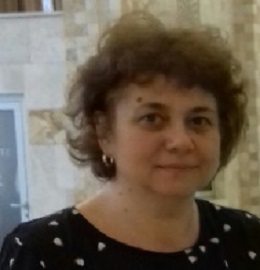 Title : Leaves’ response from Woody Species as an Indicator of Environmental Pollution

We are presenting the results of our research on 20 both spontaneous and cultivated woody species (Gymnosperms and Angyosperms) found near several industrial areas in Romania: Borzesti, Bacau county where the pollutants are mainly gaseous (SO2, Cl, NH3) but also solid (coal and soot), Bicaz and Tasca, Neamt county where the pollutants are sedimentable powders of lime and cement. Even if the pollutants that are involved are chemically different from each other, the placing of the three industrial areas in depression areas with atmospheric calm causes the occurance of the strongest atmospheric pollutants – vegetation impacts in the discussed areas.

We mention the following reactions the investigated species had in common responding to the gaseous and solid industrial noxes: - the foliar surfaces’micromorphology alteration caused by the solid pollutant deposits that cause through their adherence inactivate the photosynthetically active parts of the leaves; - the obstruction of the breathing and perspiration of the leaves by obturing the ostiola of the stomata; - the weakening of the tree’s general state; the trees become vulnerable to late spring freezes and pathogenic fungi attack; - episodes of partial or total defoliation: there are plant species whose leaves show signs of sufferance (chloroses, necroses) but there are also species whose leaves don’t manifest visible symptoms but have partial or total defoliation episodes.

Our S.E.M. (Tescan Vega SBH, Faculty of Biology) research show the major role of foreign deposits in defoliation process.The installing on such solid deposits of a pathogen phyllosphere represents an indicator of the early ageing process of the leaves and also a possible cause of the defoliation or even death of the trees.

The identification of the polyphenolic compounds in the leaves of the species that don’t show visible foliar sufferance signs through histo-chemical methods can be considered, according to our research, a true bioindicator that announces future defoliation phenomena.

Regardless of the chemical nature of the atmospheric pollutant, the structural changes of the leaves are almost the same as the epidermis (upper and lower), the mesophyll and the vascular tissues are affected; as a particularity there are changes in the secretory ducts of the needles of the Gymnosperms and in the Caspary endodermis around vascular tissues.

In conclusion, when it comes to chronically aggression from the atmospheric pollutants, regardless of their nature, the responses can be extremely different but very similar at the same time.

Acknowledgement: This project is funded by the Ministry of Research and Innovation within Program 1 – Development of the national RD system, Subprogram 1.2 – Institutional Performance – RDI excellence funding projects, Contract no.34PFE/19.10.2018

Scientific activities: PhD Thesis in Biology Science, Research on the Influence of Atmospheric Pollutants on the Foliar Apparatus of Species of Cultivated and Spontaneous Plants, 1999, November 23, UAIC, cum laude notation (I present the results regarding the effects of atmospheric pollutants on the structure of more than 50 species of wooden and herbal plants located in the industrial areas from Romania. Scanning electronic microscopy (S.E.M.) investigations were performed for the first time in Romania, monitoring the reactions on the foliar cuticular surfaces. A part of these results were re-evaluated in my research project Cyto-histo-anatomical research on vegetative organs of Gymnosperm species from forest areas with a searing risk (ANSTI 2000/2001) and published into a book in    2003, Influenta poluarii atmosferice asupra structurii plantelor (Influence of Atmospheric Pollution on Plant Structure), Andrei Saguna Foundation Publishing House, Constanta, 394 pp., ISBN 973-8146-67-4 (L?cr?mioara Iv?nescu & Constantin Toma).