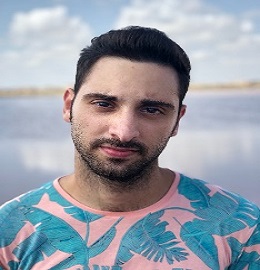 The present study shows results concerning changes in root morphology and plant growth on in vitro growing plantlets induced by the application of rhizospheric microorganisms, isolated from Pyrus and Prunus contaminated seedlings. These plants displayed better growth than those non-contaminated seedlings. The subsequent identification revealed that Pseudomonas oryzihabitans, Cladosporium ramotenellum and Phoma spp. were involved in these morphological changes. Moreover, these three microorganisms were applied to pear (Pyrus communis L.) in vitro rooted plantlets, as well as to embryos derived from two directed crosses between early ripening nectarine varieties (Prunus persica cv. Nectarina). The concentrations of microorganisms applied were 2x107 esp/ml for both fungi, and 2x108 CFU/ml in the case of bacterium. The three microorganisms increased in different ways plant growth parameters including plant fresh weight, stem length and root length of in vitro rooted pear plantlets. Instead, only the inoculation with P. oryzihabitans improved root development in nectarine embryo derived plantlets, leading to plants with higher root volume and thickness, which also enhanced their acclimation efficiency to soil, since it increased plant survival rate and growth after 4 weeks in the greenhouse acclimation conditions. This approach could represent a breakthrough in the use of microorganisms in the in vitro embryo rescue, applied to early ripening stone and pit fruits breeding programmes, and the production of plants more resistant to the stressful conditions of the acclimation process.