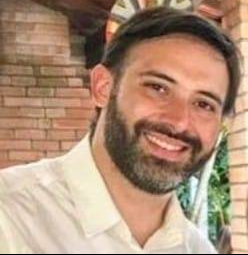 Title : Phenolic compounds of plants as bioactive for the cosmetic industry

The use of natural actives for the formulation of cosmetic is increasingly gaining prominence. The last decades have registered a growing interest in products under the label of "natural" and in the case of biodiversity, it has gained strategic value over its possible industrial and economic uses in various segments. Phenolic compounds represent one of the most important and groups of plant actives. They can be found in different parts of plants such as seeds, leaves, flowers, roots, stems and fruits.

For extraction of plant actives, there are several methods, among which, the traditional extraction methods using organic solvents (such as water, ethanol, ketone, ether and methanol), supercritical extraction and steam distillation. In the case of phenolic compounds, several researches use methanol solutions for the extraction of such compounds, however, depending on the purpose of the extract the reagent should be replaced by ethanol, since it has a lower degree of toxicity in contrast to methanol. Depending on the polarity of phenolic compounds present in plant material, ethanol/water mixtures are more effective than pure ethanol in the extraction process.

Standardization and quantification of phenolic compounds in different extractions can be performed by spectrophotometry, which is a widely used technique due to its simplicity, speed and low cost or more sophisticated and precise techniques such as liquid chromatography (HPLC) and gas chromatography (GC).

The extracts with high concentrations of phenolic compounds present several proven biological activities such as antimicrobial, antiviral, cytotoxic, antioxidant, anti-inflammatory, among others. Because it has a number of beneficial effects on the biological system, mainly the antioxidant, there is great economic interest for the production of cosmetic, pharmaceutical and food products from this class of compounds. Many scientific articles highlight the application of the antioxidant activity of phenolic compounds in the production of formulations to retard of skin aging, antimicrobial and anti-inflammatory activities, disorders that can has its basis the formation of free radical. The free radicals cause a disorganization of the defence mechanism, that consequently it can generate damage to its structures, such as lipids, proteins and DNA.

Among the several plant species that are used in the nutritional and dermatological areas with antioxidant properties, can cite: Juçara (Euterpe edulis), Anise (Pimpinella anisum), Chamomile (Matricaria recutita) and Green coffee (Coffea arabica). Juçara palm (Euterpe edulis) is native to the Atlantic forest, which has a high concentration of anthocyanins, a flavonoid class known for its antioxidant activity. Anise extracts (Pimpinella anisum) are known for their antioxidant activities, analgesic and antimicrobial properties generated by the polyphenols present in its different organs. Quercetin is a most abundant flavonoid in Chamomile (Matricaria recutita) extracts and it has anti-inflammatory, antiviral, antioxidant and antimicrobial properties. Finally, green coffee (Coffea arabica), the plant has high concentrations of chlorogenic acids and caffeic acid, actives known for their antioxidant and thermogenic activities.

Valter Henrique Marinho dos Santos, graduated in Biological Sciences from Unesp, specialist in Chemistry from the Federal University of Lavras and PhD in Biological Sciences (Botany) with emphasis in phytochemistry from Unesp. Researcher at Atina - Ativos Naturais, responsible for the development of raw materials of plant origin for the pharmaceutical, food and cosmetic industries. Professor at Unis College - Pouso Alegre.