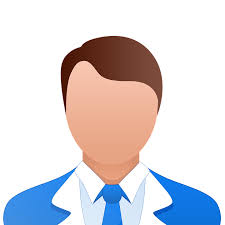 Rice is one of the most important crops around the world because it is the main food for more than 50% of the population in many countries. In the future, the global demand for food will have increased by 85% between 2013 and 2050. To achieve high productivity farmers have relied on large-scale use of nitrogen applications in rice fields. But rice crop only takes up 40% of the nitrogen applied while the rest causes environmental problems like increase of greenhouse gas and eutrophication in water bodies. To solve this problem there is a need to increase the nitrogen use efficiency (NUE) in rice crop plants. Following this, we have conducted a green-house experiment on 15 cultivars to know the NUE of rice under different nitrogen applications. Weekly analysis of leaf nitrogen balance index (NBI) and plant height was conducted for 5 weeks. After the harvesting of the experiment, root length, shoot, and root biomass, leaf nitrogen content were analyzed. Growth, NBI, and leaf N all increased in line with N addition. There was a significant impact of treatments on genotypes from the first week till harvesting in NBI and plant height. The leaf nitrogen content was significantly correlated with NBI across rice genotypes. There was a significant interaction between treatments and genotypes (indicative of cultivar difference in NUE) only for leaf N. When perfected in terms of treatment levels. The experiment has been extended to 230 cultivars of the Bengal and Assam Aus Panel, (a tool for accurate genetic mapping), which is also being assessed for NUE in four locations across South Asia in the South Asia Nitrogen Hub GCRF project. The research will help enable lower nitrogen input in rice fields by increasing the NUE in plants.