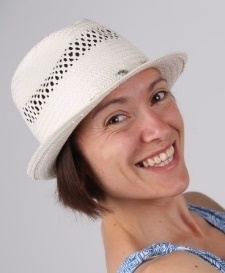 In general, poplars belong among the model woody plant species used for study of several interactions. Changing environment may have strong effects on physiological as well as morphological parameters leading to trees higher sensitivity to other biotic or abiotic factors. Drought as one of the environmental constraint have recently become well studied although data concerning the molecular mechanisms involved in drought response are still needed. In our study, we focused on characterization of drought response genes in black poplar (Populus nigra L.) selected based on phenotype and genotype parameters. Genotyping of DNA sequence polymorphisms were evaluated using the co-dominant microsatellite markers (samely named as simple sequence repeats – SSRs). The effects of drought was followed during 10 days in pot experiment including watered x unwatered variants of selected black poplar clone. Our obtained results are focused on identification of genes involved in drought stress response as well as evaluation of some physiological parameters. In addition, as phytohormones play major role in plant growth and development and response to various external and internal signals, the levels of IAA, ABA, JA, SA and CKs were measured by HPLC/MS. More details will be discussed during the presentation.

This work was supported by the projects of the Technology Agency of the Czech Republic TA ?R TJ02000217 and  the institutional support MZE-RO0118.

Dr. Eva Pokorná studied Plant nutrition and protection at the Czech Agriculture University in Prague and graduated as MS in 2008. She started her doctoral study at the Charles University in Prague, Czech Republic where she joined the research group of Dr. Václav Motyka focusing on cytokinin (CK) metabolic pathway (CK-N-glucosylation) at the Institute of Experimental botany, Czech Academy of Sciences (IEB). She graduated her doctoral study in 2015. For two years she recieved postdoctoral fellowship from the Czech Academy of Sciences and simultaneously she started to work at the Forestry and Game Management Research Institute in Dr. Pavlína Máchová group with focus on woody plant species genotyping, in vitro organogenesis and cryopreservation. She has published more than 9 research articles in SCI(E) journals.