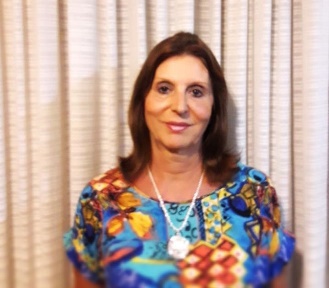 Title : The species of Anacardiaceae in Argentina, morphological, taxonomic and reproductive characterization, and importance for the recovery of degraded environments in forests, shrubs and grasslands

The objectives and partial results obtained in a Research Project on Argentine Anacardiaceae, developed at the National University of Salta, are described. This pantropical family and the temperate-warm areas of Eurasia and America, comprises about 74 genera and 600 species, mostly useful in production and restoration of altered and degraded environments. For Argentina, six genera (Lithraea, Loxopterygium, Mauria, Miracrodruon, Schinopsis and Schinus) were cited, and about 33 native species and 11 varieties, more than half belonging to the genus Schinus, are under review. Taxonomic problems were detected in some specific and intraspecific taxa; also scarce and incomplete morphological and reproductive biology, germination, distribution and ecology studies; which affected the production and conservation of populations. The objective of the Project was to analyze and study all the problems and shortcomings mentioned. In Schinopsis of four species cited, two were synonymous and a third was considered invalid, resulting in S. lorentzii (quebracho colorado santiagueño) from western Chaco and serrano and S. balansae (quebracho colorado chaqueño) from eastern Chaco, the two remaining species diclino-dioecius very exploited. The first considerably expanded its distribution with the inclusion of the mountain sector where populations are less affected. In Lithraea the two species cited were maintained that were differentiated in detail in vegetative and reproductive morphology, both diclino-dioecious, L. molleoides (molle de drinking) widely distributed in central and northern mountains stabilizing hillsides with steep slopes and with medicinal and fuel importance ; and L. brasiliensis (arouera) with restricted habitat and few representatives in the E of Misiones in the vicinity of Brazil where it is abundant and cohabits with L. molleoides. Both have low reproductive success and fruits with reduced germinability by a thick endocarp that generates physical sleep. In Miracrodruon, two timber tree species are distinguished: M. urundeuva (urundel) in the NOA and M. balansae (urunday) in the Paranaense Forest. The first one lives mainly in pedemontana and chaco mountain ranges with high reproductive potential due to high fruit production and fertility. Fertilization occurs with the pistillate flower with cleistógamo behavior, by means of the emergence of stigmas by the apex of the flower. The highly developed sepals accompany the drupa fruit for anemophilic dissemination. Loxopterygium grisebachii (yellow urundel) is a dioecious and polygamous-monoecious species that live in the Pedemontes Cores of the Neotropical Dry Seasonal Forests being vulnerable to clearing, and in the dry mountain Chaco on the banks of water courses and on calcareous slopes with strong slopes stabilizing. Schinus species are numerous and confusing, recently classified in several Sections. The main ones are the Sect. Myrtifolia of the NOA with diclino-dioecius shrubs that live in the montane forest and grasslands of Yungas mist: S. myrtifolia, S. meyeri and S. gracilipes, with great intraspecific morphological variation and good restoration potential. Also in Sect. Pilifera some shrubs diclino-dioecious populations such as S. pilifera, S. bumelioides and S. fasciculata coexist in the NW and are colonizers of degraded environments.