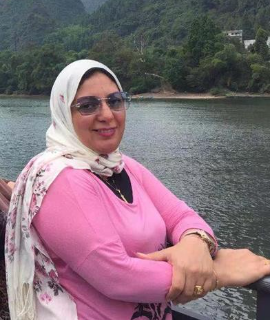 Stevia rebaudiana Bertoni is a crop used commercially as a natural source for non-cal oric sweetener. It is used for diabetics, csmetic ingredient, pickling agent, and as a dentifrice. Four cultivars (Spantia, Shou2A3, China, and High Sugar) of stevia were included to optimiz e in vitro micropropagation. Four different combinations of hormonal treatments were investi gated [6-benzylamino purine (BAP) + Kinetin (Kin) (0.25 + 0.25 mg/l); Forchloefenuron (Cp pu) + Kin (0.25 + 0.25 mg/l); Cppu+ Kin (0.5+0.25 mg/l); and the control medium (hormone- free)]. Out of the different media components, the hormone- free medium produced the best p erformance of explants. The analysis of variance showed that the control treatment was the m ost significant for all traits except the number of branches per cutting. Hardening of rooted pl ants was performed in plastic pots with 70% survival percentage during acclimatization. Mol ecular characterization of the four stevia cultivars was conducted using 11 SCoT primers. The SCoT analysis resulted in 122 amplicons, of which 62 amplicons (51%) were polymorphic. The range of polymorphism was between 6% and 91%. The range of polymorphic amplicons per primer was between one and 12 amplicons. The SCoT-16 produced the highest number of polymorphic bands (12). Meanwhile, SCoT-24 produced the least polymorphism (6%). The gene kaurenoic acid 13-hydroxylase (KA13H) is encoding for a regulatory enzyme of steviol glycoside biosynthetic pathway. The comparative megalignment among the isolated sequence s of the different SrKA13H genes of the four stevia cultivars revealed some specific features. Amongest, many SNP and indels were characteristic to each stevia cultivar. If any mutations occur, there may be an increase or decrease in steviol glycoside, or it can be used as a molecu lar marker which requires future studies. The current study provides a new micropropagation system with low cost, high efficiency, and hormone- free application. Additionally, the study provides the first molecular characterization of stevia using SCoT marker system. Finally, so me SCoT markers were associated variably with cultivars having high and/or low contents of stevioside and can be used as molecular markers to identify cultivars with high steviosiode us ing marker assisted selection.