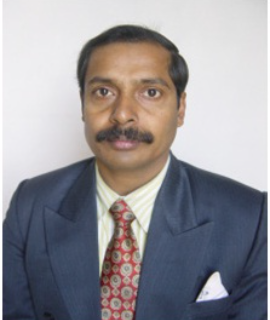 Soil quality (SQ) has become an internationally accepted science-based tool for advancing the assessment, education, understanding and management of soil resources. Two of the most important factors associated with the soil quality concept are that (1) soils have both inherent and dynamic properties and processes and that (2) soil quality assessment must reflect biological, chemical, and physical properties, processes and their interactions. In general, Soil quality index (SQI) is a useful assessment tool that may help in soil conservation and resource management apart from assessments of soil erosion and changes in productivity. Despite such importance of SQI in combating SQ degradation, only few studies have been reported in relation to various land use and soil management systems. This indicated that research on SQI has been mostly neglected for unknown reasons, with the most probable reason which could be technical and financial limitations.

Climate change is a defining moment of our time with major negative implications on ecology, human culture, livelihoods and food security. Carbon sequestration is considered one of the remedial measures to arrest climate change. The principal way of carbon storage in soil is through formation of soil organic matter. Soil organic matter is a complex mixture of carbon compounds consisting of decomposed plant and animal tissues, microbial biomass and carbon associated with soil minerals. Among all these soil organic carbon (SOC) is most important one. The soil organic carbon can remain stored in soil for infinite period or may quickly released back to the atmosphere depending on various conditions. Soil organic carbon acquires a steady state at its potential value, where CO2 loss and SOC sequestration is at the equilibrium.

A high aggregation on account of increased silt and clay protects soil organic carbon (SOC) from decomposition by trapping them between the aggregates. Soil organic carbon is essential for enhancing soil quality, sustaining and improving food production, maintaining clean water, reducing CO2 in the atmosphere and an effective soil quality indicator. Its concentration influences physical, chemical and biological qualities of soils, quality and quantity of biological produce. (SOC) is the predominant parameter that affects other physical, chemical, and biological properties of soils. Cultivation generally depletes one third to half SOC, depending upon soil texture, erosion, and vegetative cover, management regime, initial concentration, period of fallowing and inorganic carbon accumulation. Available phosphorus and potassium were reported to increase with the stability of organic carbon and vice versa. Sodium adsorption on clay complex increased with SOC depletion.

Moisture conservation enhances soil organic carbon by increasing period of vegetative cover, vegetative input to the soils and microbial population. This altogether leads to increase water stable aggregates that offer protection mechanism for longer residence time to soil organic carbon. Adoption of agroforestry system of land use combining agriculture, forestry, horticulture, livestock management and agrostology increases total productivity of food, feed and fuel and thereby reducing the risk of farming besides improving soil carbon sequestration. Adoption of targeted yield approach provides the scientific basis for balanced fertilization not only between the fertilizer nutrients themselves but also that with the soil available nutrients for sustaining soil health. Further, region-specific amalgamated technological prescriptions refined with targeted policy analysis are required for effective implementation and obtaining positive outcomes within a finite time horizon.