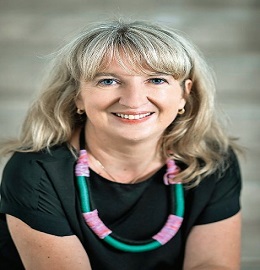 Dunja Leljak Levani? studied Molecular Biology at University of Zagreb, Croatia and graduated in 1994. She received MsC in 1997 and a PhD degree in 2001 at the same institution. As a Humboldt fellow, she spent 20 months in a group of Thomas Dresselhaus at Hamburg University, Germany. She obtained the position of an Assistant Professor at the Faculty of Science University of Zagreb in 2005. She has published 26 research articles in Journals listed in WoS (core collection).

MATH-BTB protein family is encoded by the genomes of nearly all eukaryotes.  The best?known function of MATH?BTB proteins is their role as substrate-specific adaptors of cullin3-based E3 ligases in the ubiquitin?proteasome pathway. BTB domain enables assembly with the cullin while less conserved MATH domain serves as an adaptor and binds substrates destined for degradation via 26S proteasome. The know downstream targets for functionally described MATH-BTB proteins are  a cytoskeletal protein katanin for ZmMAB1, eukaryotic translation initiation factors for TaMAB2 while Arabidopsis BPM1 interacts and modulate the turnover of a distinct TFs. Earlier results showed that BPM1 predominantly localizes in nucleus indicating cullin independent function of BPM1. Co?immunoprecipitation and mass spectrometry revealed interaction of BPM1 with DMS3 and RDM1, key components of RNA-directed DNA methylation (RdDM). However, exact role of BPM1 interaction with DMS3 and RDM1 and possible implications for RdDM pathway remain unknown. To furthermore elucidate putative role of BPM1 protein in RdDM yeast two hybrid and pull down assays were used to confirm direct interactions of BPM1 with DMS3 and RDM1. Additionally, role of MATH and BTB domain in the interaction with DMS3 and RDM1 was tested using truncated version of BPM1 protein with a single domain deletion. The results showed that BTB domain had higher affinity for interaction with RDM1, while both MATH and BTB domains appear to be equally important for interaction with DMS3. In addition, co-localization assay showed overlap of BPM1 and RdDM components while overexpression of BPM1 revealed change in DNA methylation pattern. These results indicate a novel, cullin-independent role of BPM1 protein in RNA-directed DNA methylation pathway. Several DNA sites where transcription or RdDM methylation could be influenced by BPM1 protein determined by ChIP will be analysed for expression and methylation pattern.