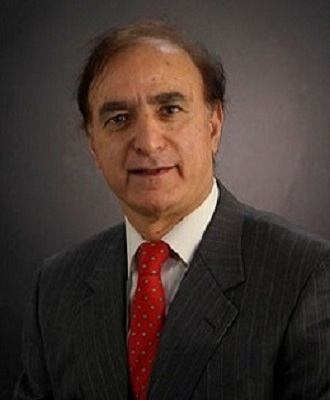 Sustainable production of crops is best achieved by integrated management of diseases. This presentation will discuss how to successfully used integrated strategies to manage Phytophthora blight of peppers, internal root discoloration of horseradish, and summer diseases of apples in Illinois. Phytophthora blight, caused by Phytophthora capsici, is one of the most important diseases of peppers worldwide. Although there are some varieties of peppers resistant to P. capsici, producers grow varieties with high quality and easily marketed, but they are susceptible to P. capsici. An integrated strategy was developed that reduces crop losses of peppers to P. capsici to negligible levels. The strategy includes a four-year crop rotation with nonhost plants, growing crops on raised beds with good drainage, scouting field and removing early-season infected plants, and spray-applications of effective fungicides (e.g., oxathiapiprolin, mandipropamid, cyazofamid, ethaboxam, triflumizole) at the first sign of the disease at 7-day intervals. Illinois is the leading state in horseradish production in the United States. Internal discoloration of horseradish roots is a disease complex caused by the soil- and set-borne fungi Verticillium dahliae, V. longisporum, Fusarium commune, F. oxysporum, and F. solani. The disease occurs worldwide and can cause up to 100% root rot or root discoloration, reducing marketability. An integrated method was developed to manage internal root discoloration of horseradish. The procedure includes hot-water treatment of sets at 47ºC for 20 minutes to eradicate set-borne inoculum and then application of fludioxonil fungicide or Trichoderma virens GL-12 (biocontrol SoilGard 12G) onto sets. Set treatments are carried out a few days prior to planting. This integrated management controlled root rot and significantly improved marketing yields of all horseradish cultivars. Commonly occurring summer diseases of apples in Illinois are bitter rot (Glomerella cingulata), black rot (Botryosphaeria obtusa), white rot (Botryosphaeria dothidea), sooty blotch (Peltaster fructicola, Leptodontium eliatus, and Geastrumia polystigmatis), and fly speck (Zygophiala jamaicensis). A wetness-based disease-warning-system was developed to manage summer diseases of apples in Illinois. Traditionally, eight sprays (cover sprays), at 14-day intervals, are applied following petal fall to control summer diseases of apples in Illinois. According to our warning-system, the second-cover spray is applied after accumulation of 175 h of wetness of 4 h duration or greater, measured by a sensor placed under the canopy of a tree in the low area of the orchard. The disease-prediction system was tested in 18 orchards throughout Illinois. The system saved from 2 to 7 sprays (average 3.2) – 29 to 100% (average 46%) – on a biweekly spray schedule, saving more than $80 per ha on fungicide costs.

Mohammad Babadoost received his Ph.D. in plant pathology from North Carolina State University. In 1999, he joined the faculty of the University of Illinois at Urbana-Champaign, where he is now a Professor of Plant Pathology and Extension Specialist. Mohammad conducts research and extension programs on the biology and management of vegetable and fruit crops diseases, and teaches “Plant Disease Diagnosis and Management.” Dr. Babadoost has published 57 peer-reviewed and more 400 extension articles. He has developed a profound commitment for improving crop production in the developing countries and establishing food security in the world.